The Power Of The Egregore 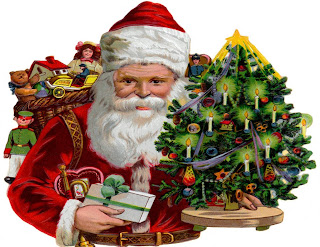 What is an egregore?

Wikipedia has this to say about the subject...

"Egregore (also egregor) is an occult concept representing a "thoughtform" or "collective group mind", an autonomous psychic entity made up of, and influencing, the thoughts of a group of people. The symbiotic relationship between an egregore and its group has been compared to the more recent, non-occult concepts of the corporation (as a legal entity) and the meme."

So, what does this concept have to do with anything regarding our industry?

Well to really understand the depth of this question, let us consider a few examples of well known egregores.

All three of these characters are egregores. None of them exist in reality, however they are very much so "real" to thousands if not millions of people as known personalities.

Santa Claus is actually considered by many (primarily children) to be a real, living and breathing magical human being who takes residence in the north pole. As such he is one of a select few if not the only person to posses a group of flying reindeer whom he employs to deliver toys to all the children of the world on Christmas eve.

The egregore that is Santa Claus is given and sustains its life as an artificial psychic entity by the countless children whom believe him to be real and by their parents who suggest and support his existence.

While Santa Claus is also a talisman of great power of which parents use from time to time as a way to have their children behave well on occasions where they become unruly, he is also a symbol of great love, peace, magic(k), myth and wonderment.

In addition he is used as a marketing tool to generate millions of dollars in sales in multiple industries every year.

Some would even suggest that he is the epitome of the demi-god...

I have illustrated these points to lead up to this part of the post where I will now remind you of the non-occult, egregorious concept of the corporation.

When a large corporation has a name, logo or other symbolic sign of power associated with said organization it is essentially an egregore.

Often times, due to the perceptions of those people who make up the group mind surrounding the egregores identity (perhaps the corporations logo or name for example) people tend to make assumptions about what that corporation and it's symbols mean.

Lets say you have a giant in the industry who is well known for producing laser printers, computers and or various other pieces of technology many of which revolve around the business/office side of the perceptions surrounding its brand...

Because said entity is so established as an "expert" or "thought leader" within one spectrum of the industry, it may be very easy for said entity to suggest to the public that upon entering the managed print services industry despite its gross lack of expertise, it is an expert in said industry simply because it claims to be one.

Now, because this corporation is in and of itself or has created an egregore in relation to its logo or brand, those in the public whose presumptions form the basis of the egregores identity via the group mind that exists because of their preconceived notions about what that corporation is, now also support the notion that this corporation is an expert in this field whether or not this is actually true.

A well established business that is an expert in one relm of an industry can enter another realm of the same industry with no experience and still take a large share of the market away from smaller true industry experts, simply because they wield the psychological power to shift the perspectives of the public in favor of what they want you to believe.

Sound to crazy to be true?

If you think so, take a look the companies in the managed print services space who have the majority of the market share on contract and compare how long they have been in the industry to some of the smaller independent providers.

Do you honestly think that 5 years, 6 years or even 10 years is enough time for those larger companies to build the infrastructure, train their sales staff, service techs and other employees, sign multi-year contracts, and experience/learn from the dynamic atmosphere related to the execution of said contracts to really suggest they are experts?

Well fortunately for them, they have large marketing departments with talented professionals who are trained in the craft.

After all, if you have a global presence that must automatically make you an expert right?

Something to consider the next time a salesman walks through your door and asks to speak to your CFO or IT manager about managed print services...
Posted by Unknown at 6:33 AM