Great Cause, PLEASE HELP If You Can. 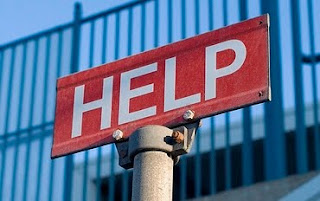 The text below is from a dear friends blog (Mark Schaefer of GROW) .

Please read and then head over to his blog for the full story and consider helping if you are able.

In the spirit of the holiday season, I would like to tell you a little Christmas story.

For the past three years, I’ve mentored a bright young boy named Elijah.  Elijah is growing up in small, crowded house with his three brothers and a sister (all by different fathers — none of them are around). There is also an unrelated 12-month-old baby from another unwed mother being raised in this household.

I started working with Elijah through an organization called Amachi, which pairs adult role models with at-risk kids who have at least one parent in prison. Elijah’s father was murdered when he was two.  His mother was serving several years in a federal penitentiary when I became involved with the family.

Elijah is fortunate in many ways. He is being raised in a loving home by his grandmother. His clothes are always clean and he’s never hungry. His grandmother Patsy suffers from a variety of health problems but manages to get those kids to school every day. She often works until 2 in the morning cooking and cleaning and is almost always exhausted.  When I asked her where she would want to go on a vacation some day, she said it would not matter because all she would do is sleep. In my book, she is a true hero...

Read the whole post here.
Posted by Unknown at 8:01 AM